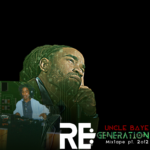 RE: GENERATION Mixtape pt 2 of 2

The second (and final) installment of the RE: GENERATION Mixtape series; produced and performed by Uncle Baye. Available on Soundcloud, August 27, 2019. Click to play. 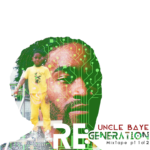 RE: GENERATION Mixtape pt 1 of 2 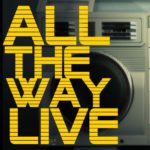 All The Way Live

All patrons, regarding of age must have a ticket. Anything can come to life with a simple beat, rhythm, and rhyme. In this interactive performance, two world-renowned Hip Hop performers--Baye Harrell, a Helen Hayes Award nominee, and Paige Hernandez, a Kennedy Center Citizen Artist Fellow--collaborate on the spot to "remix" everything from folk tales to classical art. History is revived through a Hip Hop lens! 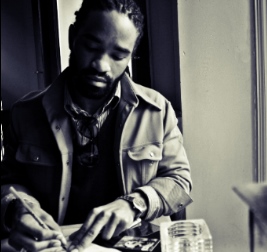 Baye StraightForward Harrell (aka Uncle Baye) is a writer, performer, producer, and historian. He has become a fixture within his hometown of Washington, DC as an artistic visionary who has worked towards bridging the theater and Hip Hop communities.

As a youth, he attended Nationhouse Positive Action Center and the Kelsey E. Collie Summer Theater Arts program which served as his introduction to the cultural performing arts and theater. He would later join the Maryland Boys Choir, and serve as a youth vocalist on “Nobody Else Like Me” by Grammy Award winners Cathy Fink and Marcy Maxer. By middle school, he established himself as a Hip Hop artist and DJ in his own right and he co-founded Hueman Prophets, a socially and culturally progressive rap group. With time, the group evolved into a hip hop theater duo, unifying the forces of he and childhood friend, Jabari Exum (aka AuraGin). In the late 90’s, he officially joined the DC Hip Hop community via the collective called Freestyle Union and the U Street music scene where the group established their base in the arts and social activist community.

Later, as students enrolled at Howard University, he and Exum focused their creative efforts toward bringing a theatrical approach to the traditional Hip Hop aesthetic. He completed his undergraduate education in 2004 with a BA in Sociology and a Minor in Film. Together, the group members continued to collaborate with array of artists toward redefining and broadening the experiences within the Hip Hop community. They broke new ground with their 2005 release “Listen: With Your Heart– a motion album” and two years later with “The Oldsouls: Mix Album.”

Today, he has toured across the country to performance and educational institutions, produced and featured on diverse variety recording projects, lent his talents to dozens of theatrical projects, and has co-written multiple stage productions including Hueman Prophets’ “Read: White and Blue”– an exploration of class division within the Hip Hop generation. With his group, his group has been the opening act on the bill with such notable artists as Questlove of The Roots, Common, Trey Songz and Dead Prez.

As an actor, he originated the role of Zomo in Zomo the Rabbit: A Hip-Hop Creation Myth (Imagination Stage), Poet in Prison Poetry (Lincoln Theater), and Kwame in 24-7-365 (Theater of the First Amendment). Other theater appearances include Passing Strange (Studio Theatre), In The Blood (theHegira), In Pursuit of Me: The Story of Christylez Bacon (Intersections Festival) and Cinderella: the Remix (Imagination Stage). As a voice-over actor, he has lent his talents to projects including Urban League of Greater New Orleans and several radio promos.  As a film and television actor, Baye has appeared in season 5 of HBO’s The Wire, Types In Stereo (Winner Arizona Black Film Showcase 2010) and hosted YAPTV on DCTV. As teaching artist and mentor, Baye has worked with youth in schools and non-profits including International Association of Hip Hop Educators (IAHHE), WECAN and Words, Beats and Life Inc. His mission as an ambassador between the Hip Hop and theater community is seen recently through projects The Answer, an audio drama series; Liner Notes (B-Fly Entertainment); The Angle: An Eclectic Docuseries which he co-produced for the web; and All the Way Live! which is a children’s Hip Hop production performed and co-written with Paige Hernandez. He is also currently developing a new draft of a piece inspired by the mystical and mysterious events that prompted the creation of Hip Hop culture under the working title of How the B-side Won.

Recently, he’s co-curated the 15th DC Hip-Hop Theater Festival and has created and produced the song-to-script showcase Sound of the Underground for two consecutive years. In 2016, he was contracted by the Kennedy Center as Program Manager of the Community Engagement division during the time that the center ushered in Q-Tip as the first Artistic Director of Hip Hop Culture. He is the recipient of the “Excellence in STEAM Award” from the Northern Virginia Urban League and various grants from the DC Commission on the Arts and Humanities. In August 2018, he released “RE: GENERATION Mixtape pt 1 of 2” under his new moniker Uncle Baye.

Contact Baye Harrell at Baye.Harrell@gmail.com or fill out the form below.